Another Reason to Clean Your Unit Out Quickly 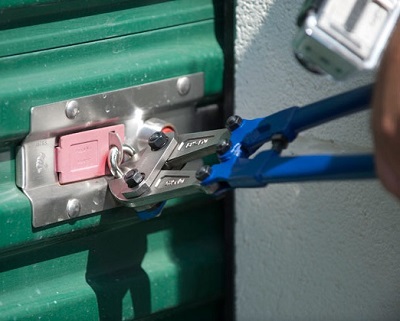 In the end of May, a Seattle man learned a hard lesson about the importance of clearing a storage unit quickly.

After spending $700 on the unit, he secured it with his own lock and one from the facility. When he returned the next day, the facility’s lock was gone and the unit had been emptied.

The main suspect was a fellow auction-hunter who had been kicked out of the auction where the unit had been initially won.

According to the victim, the suspect had approached him before the auction and stated that he knew the unit’s original owner and that some of the items inside had been stolen from him previously.

All of this teaches a moral for auction-hunters: The business can be very small, and it pays to know your opponents. It’s not too hard to make enemies in the auction business, and some of your fellow bidders may not be above petty retaliation if an auction doesn’t go their way.

You also have to be worried about a unit’s original owner showing up and getting combative about you taking away their stuff.

Storing items for resale in the same unit you won them in is undeniably convenient. Storage facilities don’t mind whether a unit is cleared out or re-rented so long as they can start making money off of it, and storing the items at the facility keeps you from cluttering up your house and yard.

All the same, in some cases using the same facility for your storage is like painting a target on the unit.

Whenever possible, it’s usually a good idea to move the items to a different safe location for storage, especially if there’s any risk of problems from the original owner or fellow bidders.

If you’re running a large-scale resale business, renting a warehouse is a good idea. If you’re working on a smaller scale, a storage unit may be inevitable – but be smart and choose a different facility if there’s any chance the items you buy might make you a target for thieves or vandals.