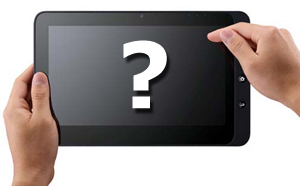 As virtual storage auctions begin to gain traction, many long-time auction hunters have begun to regard them with suspicion.

Change isn’t always easy to adjust to, and some bidders do raise important concerns. One issue that comes up sometimes among veteran bidders is how easy online auctions might be to scam.

If you’re serious about protecting your money, you’ll want to avoid scams whenever possible. Fortunately, most online storage auction sites are reputable, and many of the issues brought up by skeptics can apply to any type of auction. Here are a few of the more common concerns:

The Units are Staged Before Going Up for Bidding

The photographs of the storage units listed on our website reflect the look of the unit when the door was opened. No one at the storage facility is supposed to enter the unit, remove or plant items or rearrange anything. All photographs are meant to be indicative of exactly what you would see at an in-person auction.

Of course, it’s always possible that a facility manager might stage a unit to make it look more appealing, but this is hardly unique to online auctions. Some unscrupulous managers have made a habit of staging storage units since auctions began.

However, the majority of people running storage auctions just want to get rid of the units and earn a little money along the way. Since bids on virtual auctions tend to be higher than in-person auctions anyway, there’s little reason to manipulate buyers.

As long as bidders are smart and bid only on what they can see – a strategy veterans always follow anyway – the possibility of a staged unit should have no effect on bidding whether the auction is happening online or in person.

The Bids for Online Auctions Are Inflated

It’s true that virtual storage auctions tend to rake in higher profits than auctions held in person. There are a few reasons for this, and most of them are completely honest.

First, online auctions run for a long time. A bidder has several days in which to consider an auction and find funds to pay for it. Second, bidders have a long time to research a unit, examine the photographs and make careful bidding decisions.

Some bidders are worried that online auctions may be manipulated to cause their bids to go up. Since you cannot see who you’re bidding against, it’s possible that the other bidders are active just to raise prices without being serious about the auction.

Unfortunately, that’s not a concern that’s limited to online auctions. Running up other bidders is a long-standing strategy in storage auctions, and some unscrupulous facilities even go so far as to plant bidders at their live auctions.

Units Are Being Sold Illegally

Auctions are subject to the lien laws of the state in which they occur, and the laws in all states haven’t quite caught up with technology. Online storage auctions aren’t legal in all states, and bidders may be worried about buying a unit online only to learn that the auction violated state laws.

Fortunately, if you bid through OnlineStorageAuctions.com, you know that you’ll be safe: In states where online-only auctions are illegal, storage facilities can work within the law by running their auctions concurrently.

As long as no one at the in-person auction outbids your online bid, you’ll get the unit and won’t have to worry about legal ramifications. As the rest of the country starts to catch up with technology, these lien laws may be written in a way that will favor online auctions.

Any new technology is bound to inspire uneasiness among people who are accustomed to doing things the traditional way. While it makes sense to be skeptical about the future of online storage unit auctions, it’s smart to be realistic. Most complaints raised against these auctions hold equally true for traditional auctions as well, and the comparative convenience of online auctions makes them well worth any risks.