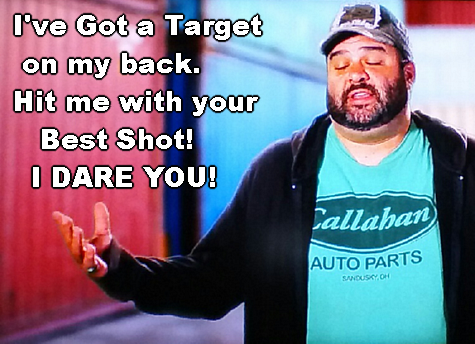 Jason’s on a winning streak. The entire cast placed a target on his back. No way would Deana, Mo, Ty, Matt or the Israelis allow him to continue to win all the best containers. Game on! But would the cast come out on top or would they lose big? 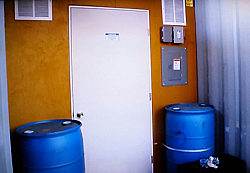 1st Container: Port of Origin – Mendocino, California
Destination was Colorado Springs. Not only were the contents up for auction, so was the entire freaking container. That’s a new one.

What’s visible were two blue drums and a door leading into the container itself. Matt noticed the power boxes which indicated the container was temperature controlled.

Uzi had a “feeling” and stated the container itself was worth $3,000 and that they could make a lot of money with anything electrical.

Sometimes we can’t understand what’s coming out of Uzi’s mouth, so thankful for subtitles. Two possibilities here with this container: 1) Construction office or 2) Hydroponic farm. Mo & Ty won, but what did they win?

Yep, a hydroponic farm or as they call it in California, a medicinal farm (marijuana). However, on the show the “mobile” container was for growing organic foods (cough, cough). Appraiser stated with the extras such as lights, drip hose, tubing, and miscellaneous items; all in all valued at about $10K, if that. 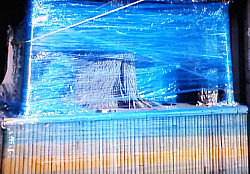 The rest a mystery left for the Israelis to solve as they won the container.

Zero profit as they just about broke even. 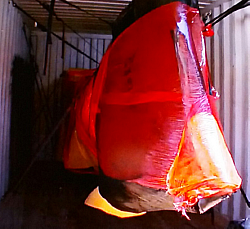 3rd Container: Port of Origin – Barloche, Agrentina
Destination to Kentucky. An item suspended in midair. Was it a boat, a train, well, it’s not Superman, that’s for sure.

Red shrink wrap kept the item hidden. Deana’s guess was it’s a fossil and she was all in for big money. Was she on the mark?

Nope, it was a giant plastic horse like a huge lawn ornament. Beauty queen did not ride off into the sunset on this buy. 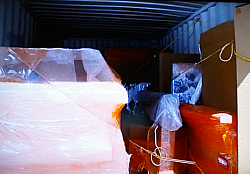 4th Container: Port of Origin – Nagoya, Japan
Destination was Santa Barbabra. Possible restaurant equipment. Uzi approached Mo (aka “The Furniture King”) and asked to go in together on the deal.

Mo: Sometimes you gotta dance with the devil.

Wait, didn’t Deana say that last week when she made a deal with Uzi?

Mo and his new-found partnership however forgot to consider the “Matt Attack.” Yeah, they didn’t win the container.

Matt: That’s how you dominate an auction!

This episode was filled with huge losses, one broke even, and only one jumped into a profit. If Jason placed a bid, so did the entire cast. His two cents on the experience:

Jason: Whoever said it was lonely at the top has obviously never been there.

What did you think of this episode where only one cast member actually made a profit?