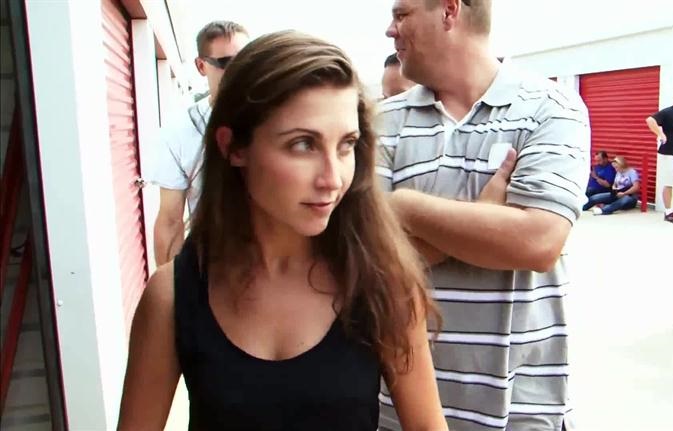 An upcoming Storage Wars episode, titled “Deep in the Heart of Upland” will feature a cross-over appearance from Mary Padian, one of the main buyers from Storage Wars: Texas. Mary’s been a regular on the Texas show since its second season, partnering with both Moe and Jenny Grumbles before striking it out on her own in later seasons.

Her journey to California storage auctions marks a first for the Storage Wars franchise, where cast members have stayed in their own areas rather than visiting the turf of other buyers.

The brief episode preview on the A&E website doesn’t explain why this Dallas secondhand-shop owner is in Upland, California, but it does hint that she’s a big player in the episode — and her good looks are definitely an item of discussion among the boys.

From a television standpoint, having Mary Padian visit California makes a lot of sense. It helps to tie together the franchise, maybe luring a few die-hard Texas-only fans back to the main Storage Wars show, and it doesn’t hurt that Mary’s one of the cutest cast members on any of the shows. If this is successful, we might be seeing more cross-overs or some special guest appearances as A&E tries to breathe fresh life into its long-running series.

The cross-over episode is definitely being hyped, with several posts on Mary’s Facebook and Twitter page urging viewers to tune in. Judging from the viewer response, it’s working: Lots of people are excited to see her go head-to-head with their Storage War favorites, and more than a few fans are pleased about having Mary and Brandi together on the screen.

You can catch this special episode on September 2 at 9:30.