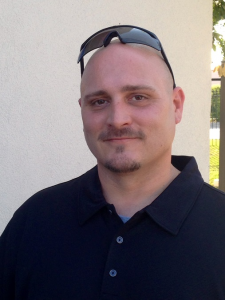 Allow me to introduce myself. My name is Travis Lane and I’m the head geek here at Online Storage Auctions. I’m also a professional storage unit buyer, author and advocate for the industry. I’ve been referred to as the “Man Behind the Curtain,” but I assure you, I’m not quite that mysterious. I’m more like the man behind the “shower curtain” singing into a back scrubber!

I recently received a request for an interview from one of the world’s leading news sites. I was really excited because it would have been some of the best publicity our site has had to date. They sent over a list of questions and I spent several hours over the weekend carefully crafting my answers. The next day, while my editor was proof reading the interview, I received an email notifying me that they had pulled the plug on the article. Just my luck!

So, rather than all of this effort being in vain, I decided to publish the interview here. I hope you all enjoy it and if you have any questions or comments about storage unit auctions, you’ll have the opportunity to respond at the end of this article. I will do my best to reply as quickly as possible. Without further ado.

How are actual storage auctions different than what’s portrayed on TV shows like “Storage Wars”?

Storage auction reality shows are entertaining, but they don’t portray storage unit auctions accurately. The storage auction business, like most businesses, requires a lot of time and hard work to be successful. The reality shows make it seem like it’s as simple as buying a unit, finding a valuable item, having it appraised, then selling it quickly for an enormous profit. I assure you, it isn’t that easy.

What is usually found in a storage auction? Are valuable items common, or not really?

Most storage units contain common household items, furniture, appliances, electronics, clothing, business equipment, etc. Not very exciting, but you can make money reselling this merchandise, especially in today’s economy. One thing I’ve learned over the years is that almost everything has value to someone. You would be amazed at what some people will buy. Now, I won’t tell you that you can’t find valuable items in storage units, it’s just not as common as seen on TV.

So what’s been the coolest/most amazing thing found in a storage locker for an auction?

There have been several amazing finds over the past few years. Three of the most notable would have to be Paris Hilton’s storage locker, which was purchased for $2,775 and reportedly resold for $10 Million, a locker purchased for $1,100 which contained $500,000 in Spanish coins and bullion and the locker rented by a retired Florida medical examiner which contained more than 100 human organs crudely preserved in soda cups and plastic food containers.

I’ll never forget my best find. My wife was irritated, to say the least, by me spending $425 on a unit which didn’t appear to contain anything of value. After hours of work, we hadn’t found anything of considerable value. We were getting discouraged until, in the very back of the unit, we found an old safe. We took it to a locksmith and when he opened it, the safe was full. I opened a box and immediately got tunnel vision. Gold! The safe actually contained several boxes of gold & diamond jewelry, silver, a coin collection, a stamp collection and an antique revolver. I’ve been chasing that feeling ever since!

When looking in a locker, have you ever found anything unusual?

After you’ve been doing this a while, the lines between the usual and unusual become blurred. Some of the strangest lockers I’ve come across were owned by hoarders. I purchased a huge 10’x30′ locker for a few hundred dollars and it didn’t take long to realize that everything in it was either broken or had a part missing. Worse, there were multiples of everything. The owner of this locker literally never got rid of anything. I mean, who saves twenty broken broom handles?

The unit I dubbed “The Trash Unit” was probably the worst. It contained dozens of filing cabinets, boxes, bags, desks and a couple of safes. I paid $600 for this unit because, understandably, I’m a sucker for safes. After a while, I noticed a theme to this unit. I opened a box and it was full of trash. I opened a bag, it was full of trash. Filing cabinets, desk drawers, trash. Opened the safes, and guess what was inside? Yep, more trash. Every crevice of this unit contained used paper products, food wrappers, pizza boxes and other types of trash that normal people would have discarded. Disgusting. I just barely made my money back by selling the filing cabinets, but it left a bad taste in my mouth for these types of units. If I see anything inside a unit which even resembles a hoarder unit, I avoid it like the plague.

Have you ever seen lockers that people thought would be valuable really gone to bust? How about a seemingly not-valuable locker turn out to be a treasure trove?

Sure, that’s the beauty of this business. You never really know what you’re going to get. I’ve purchased units for next to nothing and sold the contents for thousands. I’ve also paid top dollar for units and barely broke even.

One particular unit that comes to mind had two large moving boxes labeled clothes. Auctioneer opened bidding at $5, so I decided to take a chance. Nobody else was interested. Turned out, the boxes did contain clothing; however, it was all designer clothing and shoes with the tags still on them. Probably 40 outfits in all. Lots of Gucci. I thought it was major score until my wife realized everything was her size. Oh well, easy come, easy go. At least I didn’t have to buy her clothes for a while.

Another time, I paid over a grand for some high end furniture. I was certain that I could triple my money, only to find out that almost every piece was damaged. Luckily, I dodged that bullet. It took some time, but I eventually found a buyer who repaired furniture and he paid me what I had invested in the unit.

Are you even allowed to enter/touch things before the auction?

No, but that doesn’t stop people from doing it. It’s difficult for the auctioneer to see what people are doing when the crowd surrounds the unit. The auctioneer or facility staff will cut the lock, raise the door and allow everyone a few minutes to look. If you’re seen touching anything or entering the unit, you could get your bidding privileges revoked, or in extreme cases, banned permanently.

Have there been any positive/negative effects of the sudden upswing of popularity of storage unit auctions?

It all depends on who you ask. Storage facility owners, who in the past rarely recovered what the delinquent tenant owed in rent and fees, were loving it. Professional storage unit buyers, on the other hand, people who depend on these auctions to keep food on the table, were suddenly unable to make living due to the influx of new buyers and the high prices units were selling for. Luckily for us, the interest in storage unit auctions has been on the decline for some time now. This business will never be the same as it was, although, things are getting somewhat back to normal.

Even though storage operators saw higher recovery rates, the massive turnouts at storage auctions have caused all sorts of problems for them. This led to innovations like online storage auctions which allow people to bid on storage units from home, work or on their mobile device. So far, the benefits of this new technology have been overwhelming for buyers and storage operators alike.

Are there any dangers/things people can be unprepared for? One episode of a storage bidding TV show had wild animals run out of the unit, freaking people out. Was that just TV or does that actually happen?

Well, I’ve never seen an animal, besides a rat, run out of a storage unit. Not to say that it couldn’t happen. Television shows have to be entertaining, otherwise they’ll be replaced with ones that are. Exploding meth labs, bidders arriving in tanks, fist fights, it’s all theatrics. There are dangers like extreme heat/cold, falling objects, heavy lifting, spiders, rats/feces and broken glass, but that’s just part of the job.

What is the hardest item to resell in an auction? Are things like vehicles hard to resell or even get out of a storage unit?

Most vehicles sell, regardless of age or condition, because there is value in their parts or as scrap. Vehicles can be difficult to remove if they aren’t running and/or if they were maneuvered into tight spaces.

What surprised you the most when you first attended these auctions? How much has it changed since then?

I fell into this business by chance. I was helping a friend of mine clean out his storage unit when the facility manager drove up on her golf cart and invited us to the auction. I decided to give it a chance and when I arrived, there were only two bidders including myself. There were two storage units for sale and I bought both of them for next to nothing. The other person didn’t even bid. I remember asking myself, could it really be this easy? Turned out, situations like that were extremely uncommon, but it didn’t really matter at that point because I was hooked.

I was one of the lucky ones who had a chance to experience storage unit auctions before they were thrust into the limelight by the storage auction reality shows. The difference between the business now and then is like night and day. Before the shows, storage unit auctions were relatively unheard of. You would see the same faces day after day. Prices were reasonable and people were making money.

Post storage auction reality shows, 10 times more people and units were selling for double, even triple what they would normally sell for. This forced a lot of professional storage unit buyers to look for other ways to make a living. It was like a modern day gold rush, minus the gold. People came, realized that there isn’t treasure in every locker and gave up. Very few newcomers stuck with it.

Gradually, things have gotten better. Attendance is down, prices have leveled out and people are making money again.

I hope you enjoyed the Q & A. If you have any questions or comments about storage units auctions, feel free to leave your response in the comments section below.