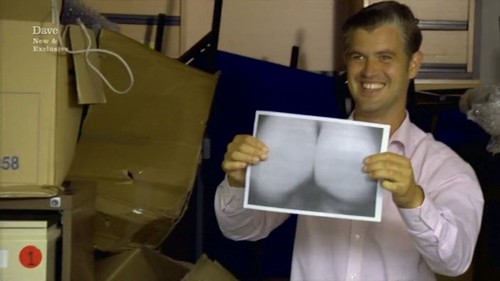 Milton Keyes is the location for the today’s episode of Storage Hunters UK.

And we have a new player – Heavy D (more on him in a minute).

A bunch of circus props. 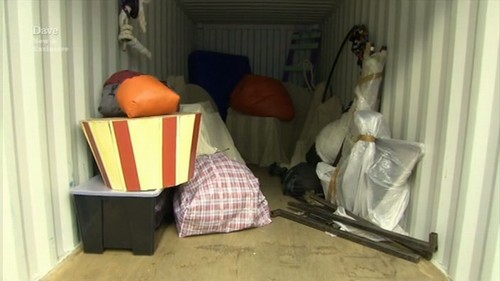 Linda correctly identifies some of the items in the unit. It’s that thing that elephant puts his foot on. And that loopy thing that things jump through. Not elephants. Wecannoteven*

Linda doesn’t have an elephant and is not interested in the lot. George on the other hand is. George’s grandparents were in the circus and he loves the trapeze.

The bidding starts and Heavy D keeps jacking up the price (much to the annoyance of everyone in the attendance).

A bunch of discarded office equipment. 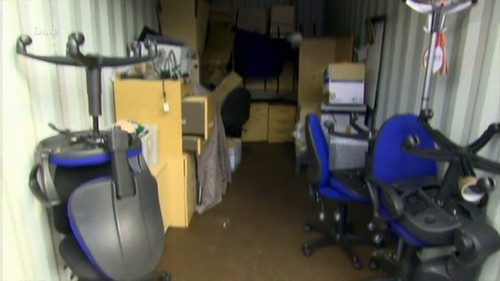 Linda calls this a Danny bin because “he’ll buy it cheaply, he’ll offload it cheaply. It’s not a sexy bin, but Dan isn’t sexy either”. We are in shock (IN SHOCK) – what the what with Linda making sense all of a sudden?

Bidding starts, Heavy D jacks up the price (again) and Danny wins the lot at Ł880.

Afterwards there is a bit of an argy bargy between George, John and Heavy D. Mini Mile has to intervene. 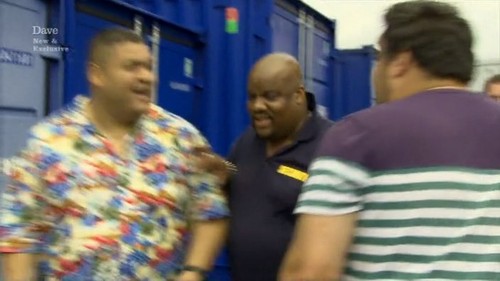 Danny inspects the unit – a few chairs, drawers, desks and a couple of copiers. As George predicted no big ticket items in this lot and Danny will have to sell all of it to break even. We almost feel sorry for Danny.

Or maybe we don’t.

A bunch of snake stuff. We kid not you. Snake tanks, snake food and other assorted bits and bobs. 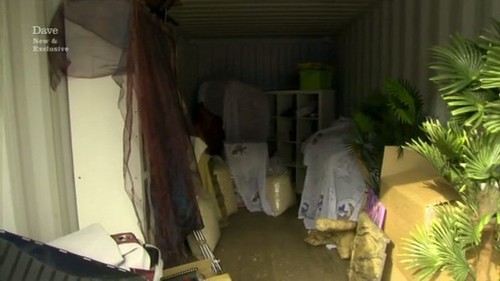 It seems many people are not comfortable with snakes (we don’t blame them, neither are we).

Linda: How long things live when they are shut away?
Danny: A while.
Linda: They hibernate, don’t they?
Danny: Yes
Heavy D: Snakes can live up to 3 months with no food and water

And… everyone steps away from the unit. 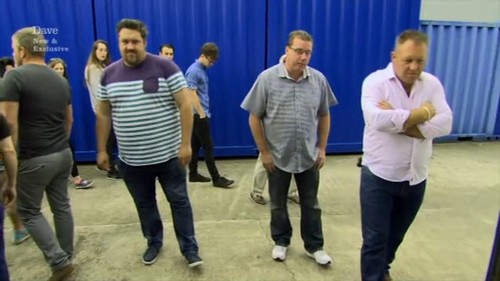 Heavy D also lets it slip he doesn’t like George (see that argy bargy above). He claims George has no joie the vivre (we think Heavy D doesn’t even know what that means but whatever).

She asks Sean to help her investigate the unit. Sean (quite meanly we might add) sprinkles some dead snake food on Linda. Who goes into hysterics (understandably so). Also she feels something run across the floor. Sean makes her go stand by the door. 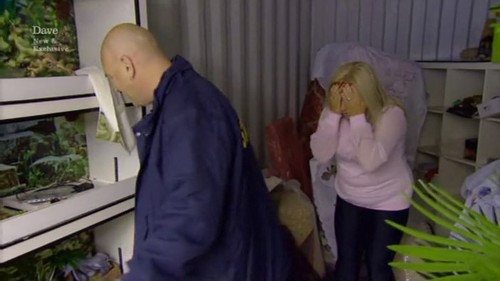 Further inspection of the unit reveals an organ (as in musical instrument and not a raw organ as was the case in the last episode). 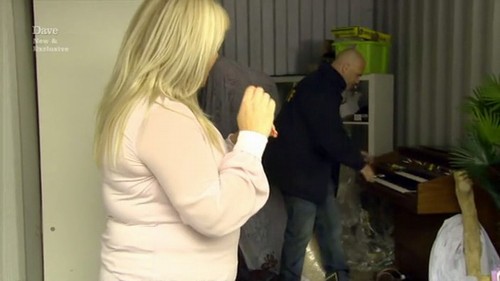 And a neat little bike. 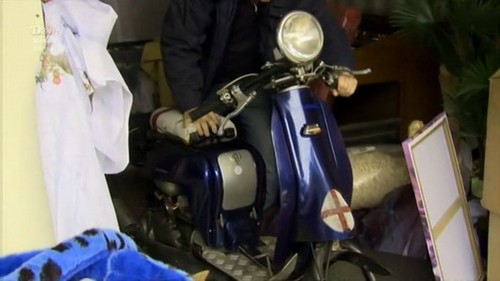 A bunch of neon signs. Heavy D jacks up the price again and wins the lot at Ł1400.

Heavy D inspects the lot with Sean. They find a bunch of old neon signs and it’s Sean’s estimate he can get up to Ł5500 IF the signs are working. We are bad people but we are kinda hoping the signs are not working. Yes, Heavy D is THAT annoying. 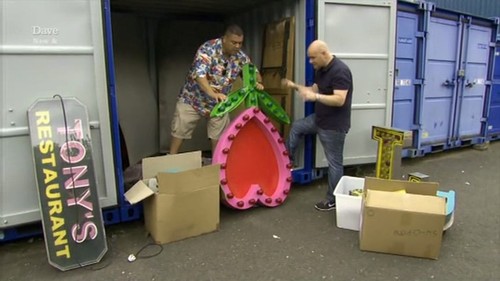 Alas – the neon signs are in working condition. 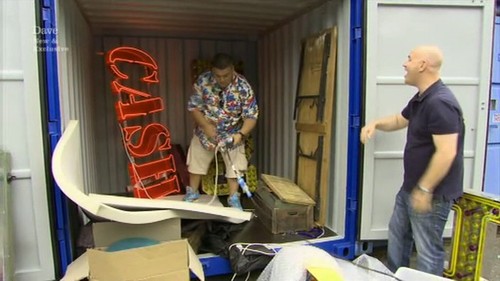 A bunch of carpets, shisha pipes and other assorted trinkets that Heavy D calls art deco. Hm no. Nat loves this lot as it is her house. In a bin. She is willing to bid Ł800 and she might go over it. Darren and Barry are also interested.

Nat and John inspect the unit and there is an authentic Persian rug in there. But another carpet is machine made and the screen in the back is a reproduction. Nat reveals she saw the unit as big money dependent on if the stuff was authentic or not. Predictably Nat and John have a domestic. George and Sean go back to investigate the 1st storage unit.

It contains a bunch of circus props including stilts, a unicycle, a bull whip and juggling stuff (among other things). George does a little routine for Sean we call Indiana Jones joins the circus. 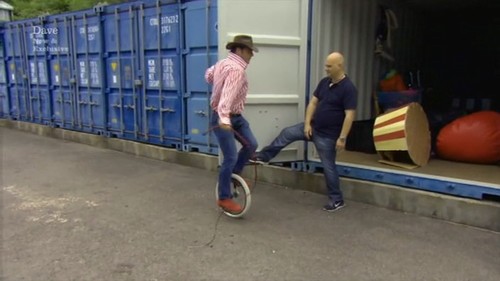 * If it’s not clear we do LOVE Linda.
** The correct term is ophidiophobia.