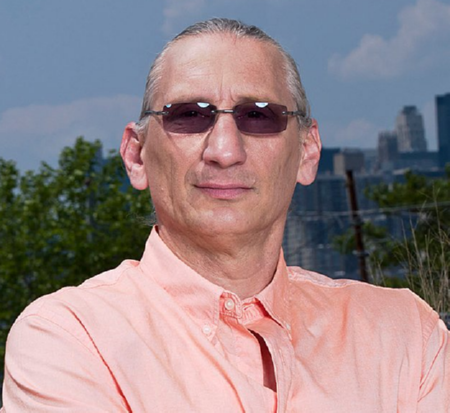 A&E’s reality series Storage Wars: New York star Joe Pauletich is a true New Yorker from Queens. He’s easy to spot in a crowd. He wears a ponytail. Is tall, thin, and always wears a  long sleeve solid colored shirt on the show. But his bids are not easy to spot as he uses a variety of stealth methods to outwit his competition.

Joe took time out of his busy schedule to answer a few questions for OnlineStorageAuctions.com.

Q. You were raised in Great Neck, a wealthy Suburb just over the border of

A. I was immediately ridiculed the very first day by more privileged children from wealthy families when I first attended the new school because I wasn’t dressed as well as them. I was a huge daydreamer in class so I really didn’t pay attention. I didn’t get the education I was offered. I am amazed at how much knowledge I did retain from those days… it must have been subliminal. I however did have a lot of fun growing up.

Always laughing though money was in short supply but good times were not. We were all unruly kids, broke a lot of rules, and learned that rules are made to be broken.

A. People who were leaders, who made it on their own like Donald Trump or Ronald Reagan. At the time I was scared to take risks, but I admired people who did, who took control and did not get intimidated.

Q. What was your childhood dream?

A. Always thought when I was a child that when I grew up I’d have a wife, kids and a white picket fence; either that or be someone famous or be something different and crazy.

Q. You attended Nassau Community College for less than two years to study sales, marketing, and business; what were your plans for the future at that time?

A. First I tried engineering at Queensboro Community College… that was a disaster. I went to college because that’s what my parents wanted. My dad told me to take a class in marketing, so I did, but the sales class peaked my interest. I dropped out after about a semester and a half because I wanted to be out in the world making money; not be in a classroom.

Q. You began refinishing, buying and selling merchandise in small thrift store at the age of 22 with two partners for about three years; what was that experience like for you?

A. We were in Alphabet City, a section of the Lower east side close to the east Village, which was all burned out buildings at the time just starting the shift to rebuilding. There were many times when the only thing we ate some days was a quart of milk, a bagel and a quarter pound bucket of tuna. We lived on $1.50 a day for a long time. We’d hope to make sales and sometimes we would, but many times we would not.

Q. You began buying storage rooms in 1991 and even own thrifts stores, correct?

A. Began with small thrift stores on side streets then bigger locations on main drags. Then naturally growing bigger with warehouse included. Even had and auction house for a short while. I had about 8 stores all together

and also did indoor and outdoor flea markets all over the Tri State area.

This is when I started buying only the best, cleanest rooms. The store was such an attraction it was on a main drag on Jamaica Avenue there would be like 50 people in front of the store when the truck would come in to unload new stuff. It was insane. We sold the items right off the truck as fast as we could. Big items like furniture were priced to move fast, smaller items we held out on a little bit.

A. I started selling a car or three, here and there again and at first it went well, really well. The work was not back breaking and the profits at times were enormous. Most times we would extract one or two thousand dollar profit on one sale of a car with no heavy lifting! One thing lead to another, started concentrating on cars sales more and opened a car lot and then another. That was when it all started to unravel. It was just too much to keep up with for us with phones ringing all day and night. Problems people would have with cars after I sold them was not fun to deal with complaints.

A. I started frequenting storage facilities again and bought a 22-foot truck. Took the business to a different level. Concentrate on better items more and go for the big score. And so it went for about 5 years or so, attended auctions during the week and sold every weekend. It was hard work doing the flea market in such a big way and the weather conditions sometimes were not the best as we worked year round.

Early 2005 Billy Leroy (one of the reality stars of Baggage Battles) approached me with a great business deal. It so happened there was a space for rent in the SoHo district of downtown Manhattan. At the time the location just couldn’t get any better.

Q. You owned Soho Treasures gallery/store in Manhattan but now you’ve closed the gallery and operate your business solely online?

A. I possess two cell phones to conduct business. Both are full of contacts and outlets to move merchandise. I can sell anything if it has value, just a matter dialing up the correct buyer. As expenses in New York City have risen drastically, the shift has been to operate with as little expense possible to insure earning a decent profit.

This means juggling, separating, distributing, selling and consigning items properly, quickly and accurately. Knowing what is in demand, staying up-to-date with who can use what at any particular time is what dictates the purchases. Always on the hunt for auction type items. These are more important that command better prices, otherwise auction houses will refuse the merchandise because handling expense outweighs earning potential.

Q. How did you get cast on the show?

A. Someone from Original Productions asked me if I would be interested to be interviewed for the show. I said, “Yes, but I am not an actor.” She responded that is exactly what the show wanted to film; the reality of what it is like in New York City.

Q. Why do you speak in the third person on the show?

A. When I used to jump on the scene in the flea market Saturday and Sunday morning at around 6:00 or 7:00 am dealers used to scream out – Joe PPP!!!

Q. How did you develop your sixth sense ESP – “Extraordinary Storage Perception?”

A. After years and years of doing something so much and so often you get a gut feeling, a sixth sense and you don’t even realize it yourself, except that you know to run with it, and you know it is correct.

Q. What do you consider your best find at any auction?

A. I get asked this all the time and no matter what I just can’t seem to pin point it, so I will answer this question this way: My very best, best, best find is the business itself and the good people I work with; it and they have been very good to me.

Q. When did you develop your passion for art and which type of art is your favorite?

A. I love modern art, mid-century modern 60s, 70s, 80s, strikes a cord for me I grew up in that era, so it reminds me of my younger years. Also I just love colorful weird and surreal art; inspires and brightens my mood to my inner core.

Q. How long have you been wearing a ponytail?

Q. After you bought a room, has anyone approached you to get their stuff back?

A. Yes. This does happen and we like to get important and sentimental items back to owners if possible. Sometimes I can tell when I come across certain personal items that they are missed and somebody might be looking for them at some point later on, so I save them.

Q. On average, how many rooms do you buy a week?

A. I love to stay busy so few rooms a week minimum depending on size and strength of quality.

Q. How would you describe the show?

A. It has everything anyone can want in a very entertaining show. It’s educational, motivational, magical, and comical… something for everybody. Treasure hunting in the city that never sleeps.

Q. You’re single; what do you look for in a date or mate?

A. Women who is attentive, most of the time. A women who is smart intelligent and with sense of silly; who knows how to manage and deal with business/financial affairs. A women of honesty and appeal.

Q. What is it like to be a father?

A. I always say I’m a great father but a terrible parent. To the extreme I spoil my two daughters: Clorissa (19) and Felicity (13), both named after 90s TV show characters. At this point I can’t even use the word “No” around them; they just laugh at me and that’s the way I like it.

Q. What was it like for your family and friends when they saw you on that first episode?

A. It’s a really big deal for my family, friends and people who know me and they are so genuinely happy for me. It’s really a nice feeling.

A. I love the west coast. Hollywood, Los Angeles, The Sunset Strip, Celebrities and Movie Stars.

Q. What motto do you live by?

A. I like earning money and I looove spending it!!!

A. My ability to solve problems and answer questions accurately, even if the answer is not the answer desired.

A. I am a wonderful procrastinator. 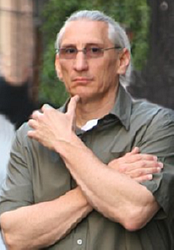 If you’re looking to meet JoeP, just hit a high-end auction and watch as he outbids the competition.

Let us know your thoughtful opinions about JoeP’s interview in the comment box below.