What would Darth Vader keep in a Storage Unit?

What would Darth Vader keep in a storage unit?

He lived in a galaxy far, far, away…

Ruthless cyborg (part-human) was servant to the evil Galatic Empire and right-hand man of the Emperor.

During his relentless pursuit to destroy the rebel forces; Darthy (as I like to call him) might find the need to store a few personal items. Protect his valuables as it were. His imposing character coupled with his ominous breathing via respirator – not the personality type that could make friends.

Can you imagine Darth Vader asking a Stormtrooper,

“Hey, would you hold on to my spare lightsaber for a few days?”

Vader was also estranged to his children, Luke Skywalker and Princess Leia (he didn’t know he had a daughter until she was all grown up – sounds familiar, like many in America).

As the new Star Wars film is currently in preproduction; I can’t help but wonder what the Sith Lord would consider valuable to store.

He designed his own lightsaber which utilized a synthetic crystal (just play along). Vader constructed his weapon with a polished black alloy hilt. An energy blade stretched about 4 feet in length. You gotta love the lightsaber duels. (Not so much the one where Obi-Wan Kenobi dies.) Distinctive hum with the movement of the light-blade. Crackled when two lightsabers made contact.

Sith Lord constantly surrounded by incompetent, Emperial Nazistic soldiers. Just imagine how many fools stepped on his cape as Vader walked about the ship (not that they lived to tell). Not to mention the terrain Darth Vader trekked in his pursuit to find his son: desert, snow, jungle, wrecked spaceships… it’s a wonder his cape stayed in tack. I imagine he would have several hundred made and stored inside a locker.

Come on now, who can live inside that heavy, chaffing black suit day in and day out without sweating like a Sith Hog. Anakin Skywalker (he hates that name) would store an extra pressurized life-support environment hyperbaric pod. Of course, he would need a large storage unit.

Mediation chamber flowed with oxygenated air that allowed him to unmask in comfort. Well, as comfortable as anyone could be sealed inside a metal egg. Good thing he was not claustrophobic.

Darth Vader’s mask was the center of his life-support system. Heavy rhythmic breaths filtered through his mask as a respiratory intake system. 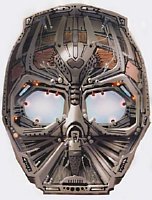 Can’t live without it, therefore I imagine he would keep a few hundred of these unique life support system masks inside a storage unit. He would definitely choose a climate controlled self-storage facility.

What do you think Darth Vader would keep in a storage unit?