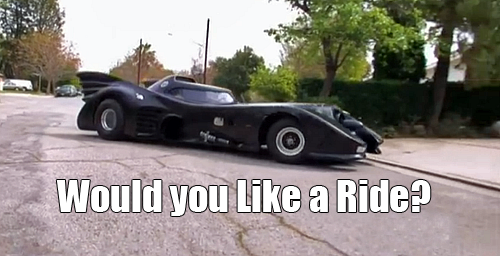 Today’s adventure was in Barry’s own backyard; Los Angeles. His sidekick for the day; Kenny “The Praline King.”

Barry visited his friend Gino, bonafide a toy collector. He l-o-v-e-d Kaiju, which means monster in Japanese. Kaiju are limited edition monsters and very collectible. Barry’s range of expertise as a collector did not reach into the toy arena. Totally clueless, but ready to deal.

Barry: I’m not really understanding anything he’s saying; and it’s not because of his accent.

Gino was to host a show at his toy art gallery. Barry wasn’t sure he could find what Gino was after. Kenny stepped up and said, “I got this one.” Kenny knew a guy.

Barry and Kenny ate barbeque first. Can’t deal on an empty stomach. Kenny knew a guy named Moon Jones. He was a true toy collector. Barry however was specific on the genre of toys: 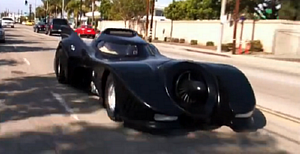 Perfect car to hunt toys. But it wasn’t comfortable.  Barry got stuck, a lot.

Barry drove to Moon’s home. He had a ton of superheroes collectibles like, everywhere. In the kitchen cupboard and inside the fridge.

It was an impressive collection, but no Kaiju.

Moon knew a guy named, “Super Cooper.” He was a Japanese monster collector.
Batmobile parked at the next stop. Uh, wait a minute. “Super Cooper” was a 14-year old boy?

Barry: This Super Cooper could be our man. Despite the fact that he’s not a man yet…you get the point.

Cooper did indeed collect Kaiju. He was however, unable to part with even one piece. Barry disappointed. Sigh.
Kid then mentioned he knew a guy named Karl, who also collected Kaiju.
Barry perked.

Barry: I hope this works. Because so far Kenny’s getting a “D” in deal making but an “E for” effort.


Barry thought a wardrobe change might bring bring them

luck. He met David, his shirt tailor, in a back alley. Ooo… kay.

Barry changed shirts, as did Kenny.
Once again, they were on their way.
Next stop, Karl the Kaiju collector.

Karl normally would not part with any of his collection. However, he had amassed huge credit card debt. Barry suggested Karl put together a few items he was less attached to; 25 pieces in the lot.

Barry: Note to self, my buddy’s negotiation skills need a bit of work.

Barry brought a few samples of Kaiju toys at Gino’s gallery. First, Barry had to parallel park the Batmobile.

Gino loved the samples and the photo on Kenny’s phone of the rest of the collection.

He was not thrilled at the deal price, but he had to have the Kaiju. Sold!

Kenny came through for Barry.