How Did Big Sis from Auction Hunters Die? 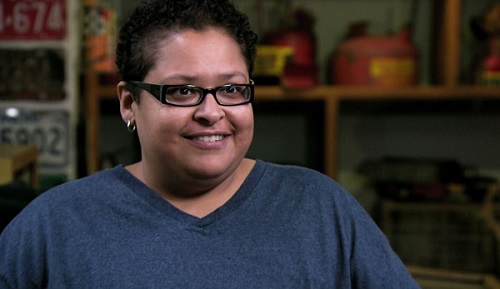 Robin Nomik Matte, better known by reality show lovers as “Big Sis,” passed away in May. The memorial was kept private and personal among her friends and family. Most fans didn’t know anything had even happened — until the season opener for Auction Hunters ran a brief memorial segment.

Update: Robin’s sister Lucinda asked us to clarify that Robin’s death was not drug related or suicide. Robin passed away from cancer. Click here to read the interview.


Naturally, this sudden news has left plenty of fans reeling, and the Internet is rife with speculation about the details of the 37-year-old’s death. Rumors are already circulating online, but is there any truth to any of them? Does anyone know what really happened to Big Sis?

Ton Jones and Allen Haff shared details of her memorial and obituary on their Facebook pages back in May, but no details were shared either in the post or the comments by either actor. Robin’s own social media accounts are pretty barren, so there’s little to dig up there.

There is one important clue, though: Big Sis bowed out of the show in the episode airing March 29 of Auction Hunters: Pawn Shop Edition. The official reason given with Robin’s two-week notice was that she had a family obligation forcing her to move to Milwaukee, training a replacement Elle in her stead.

While this explanation could have been totally accurate, it’s also possible that it was a cover for medical problems Robin could have been experiencing, allowing her to leave the show quietly before the illness spread.
On the other hand, many suspect that the lack of details online is indicative of suicide, drug use or a related “shameful” death. That’s often the case when an obituary is maddeningly vague, like Robin’s (http://schramka-milwaukee.tributes.com/dignitymemorial/obituary/Robin-Nomik-Matte-101374468).

Ultimately, the entire situation is a mystery. Outside of her time on Auction Hunters as the shop manager for Ton and Allen’s pawn shop, Robin seems to have lived a very private life. Somewhat inexplicably, she’s not even listed on the show’s IMDB page, although Laura Soares (aka, Elle) is.

Taking all of that into account, though, short of hearing directly from the horse’s mouth — a family member or at least a co-star — speculating about the cause of Robin Matte’s death won’t get you very far. It’s better to focus on what we do know: She was a beloved part of the Auction Hunters show, and she’ll be missed by friends, family and fans. Click the following link for more information on how Big Sis died.

So, what did you think of Robin and how will you remember her? Leave your interesting and creative response in the comments section below.