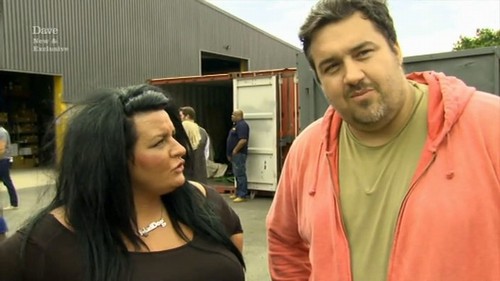 The location for the today’s episode of Storage Hunters UK is the county of Oxfordshire.

Some furniture covered with blankets. From what the players can see the furniture looks old. George is interested.

But you guys. YOU GUYS!

LOOK at what Rupert is wearing! Just look at his little ensemble! (FYI – it took us about five tries to get a full screenshot of his outfit. Because it is that good!) 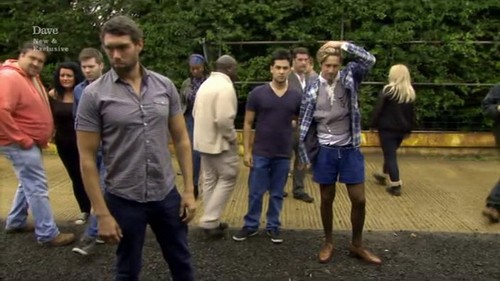 We have decided Rupert is our new favorite.

The bidding starts, Danny jacks up the price, but Rupert wins the lot at Ł925.

We have no clue what this stuff is. But Rupert thinks it is some type of tree gear. Danny *thinks* the object under the tarp is a tree shredder and these are serious money. 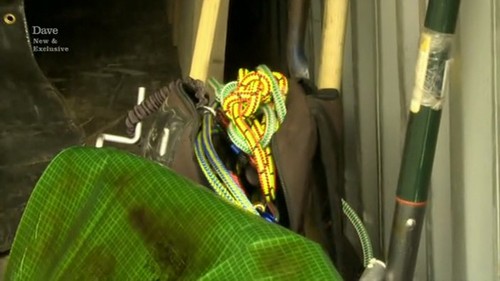 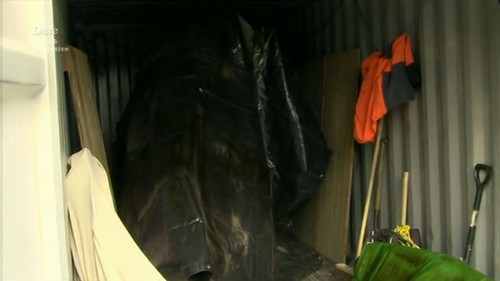 John is also interested in this unit (a new development since Nat normally makes all the decisions). A delightful little exchange happens between him and Nat and it ends up with Nat saying he’ll need a new ballsack if he bids on this bin.

As we said – delightful.

The bidding starts and Danny wins the lot at Ł2200. Which is obviously good news for John and his ballsack. 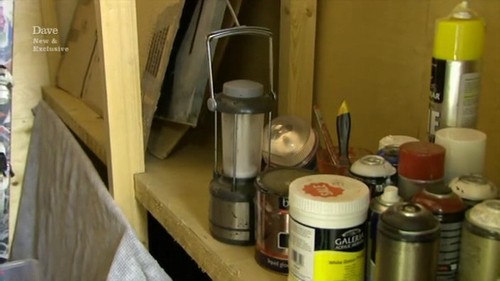 The bidding starts and George wins the lot at Ł1200. Nat and John have another domestic. But they didn’t need to as it turns out the unit is rubbish. A bunch of paintings (not very good ones). A bunch of templates. And not much else. George made a loss with this one. 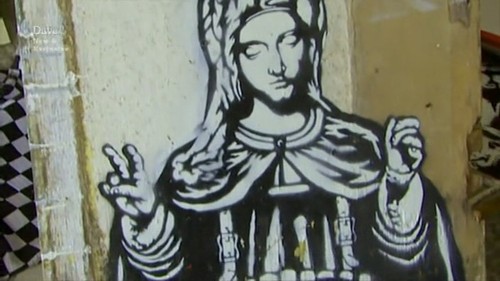 Back to storage unit number 2 with Danny and Sean. A chainsaw. 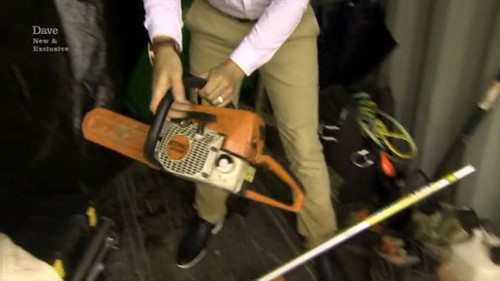 Some climbing gear. If it is a tree shredder underneath the tarp and IF it works it will be a major score for Danny. And wouldn’t you know – it is a shredder and it does work! 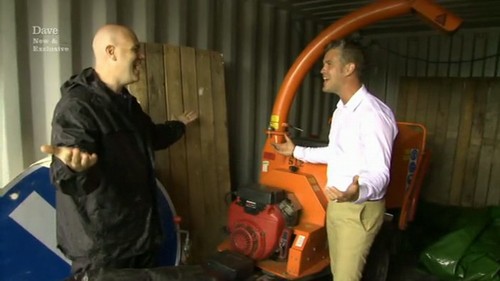 YAY for Danny! (all Danny has to say is that John shouldn’t have listened to his missus. Well. Maybe John prefers his privates unharmed?)

Back to storage unit number 1 with the delightful Rupert.

More details of his outfit because… why not? 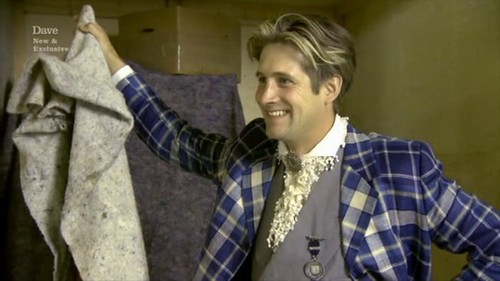 A vintage looking propeller. That was made in China. 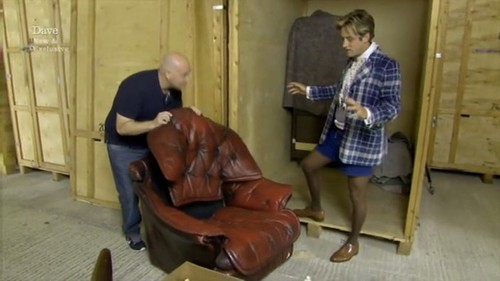 Some vintage looking headphones. And… well this thing. 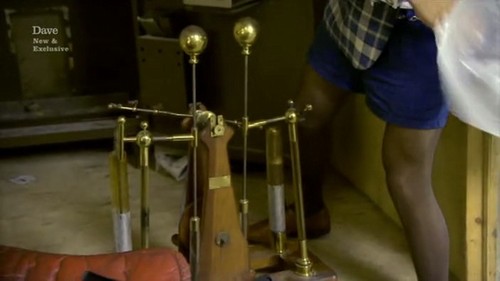 It has something to do with the electric currents, but for the life of us, we don’t have a clue what it is.

Some old furniture. Rugs. Lamps. Basically – it looks like an old granny’s house. 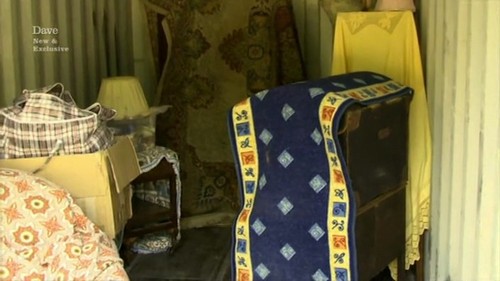 George points out the bin could be interesting. But then again, it could be cr*p. Linda is interested. Danny thinks Linda is not too clever, but she has a good heart. Lord wecannoteven.

The bidding starts and Linda wins the lot at Ł800.

Linda hopes there might be a hidden gem in there somewhere.

A not particularly nice looking wardrobe. 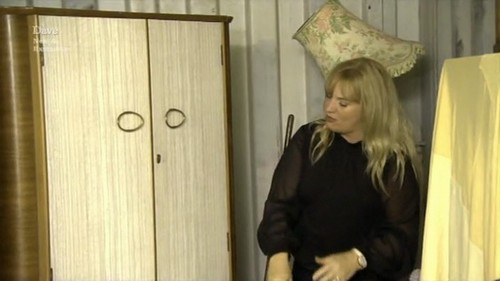 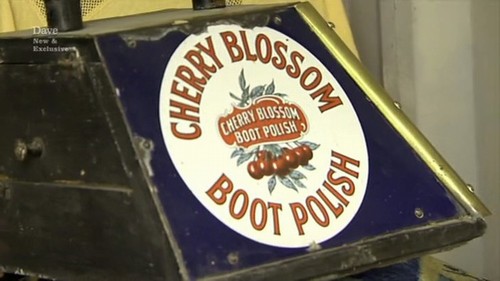 Sean – when you are blond, that’s kinda like making money. Linda looks outraged (after a minute or so when she realizes what he said to her), but so are we (blondherethankyouverymuch).

A fence. And something inflatable looking, it’s hard to tell what it is (Rupert thinks it’s a life raft for Nat and John). Nat and John are interested. The bidding starts and Nat and John win the lot at Ł800. They find 4 hot air blower fans. And an inflatable baby. We kid you not.